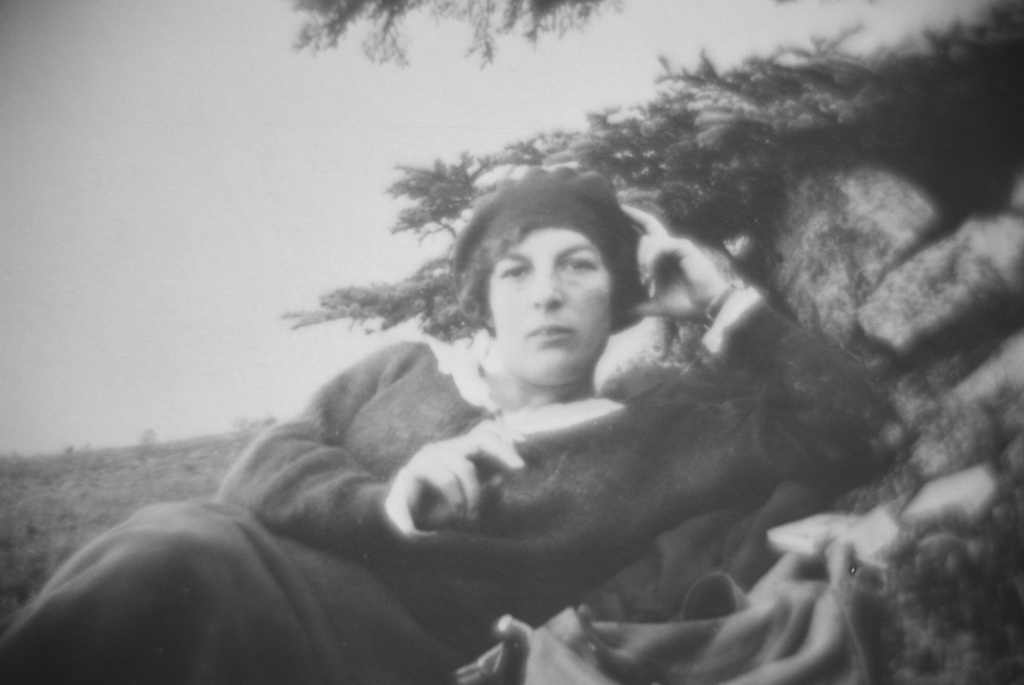 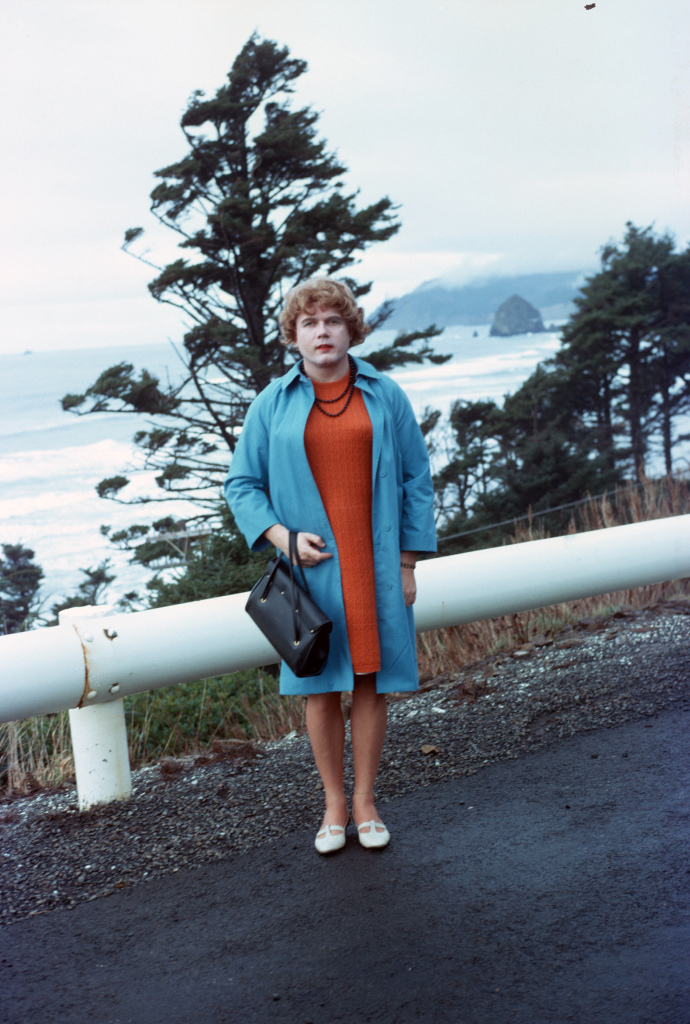 Babette out on the Oregon coast, mid 60s. 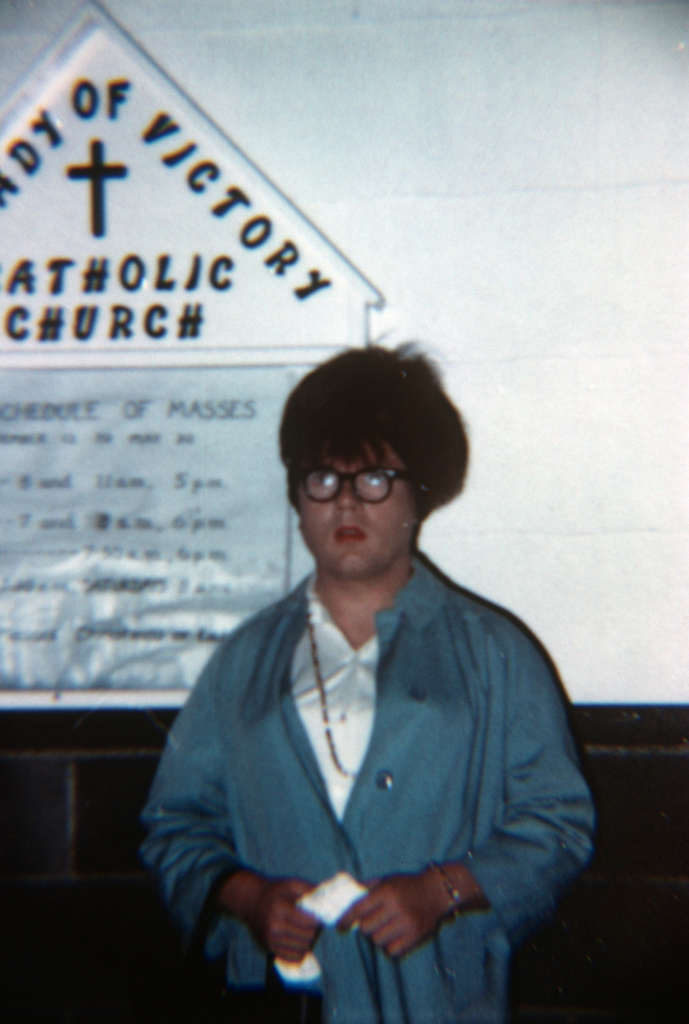 Babette outside a Catholic church in Seaside, OR, mid 60s 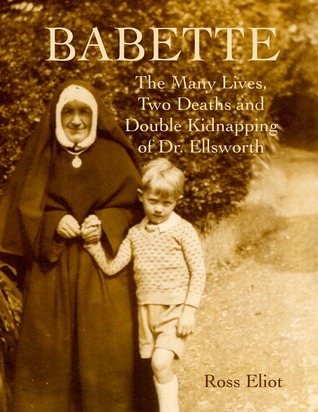 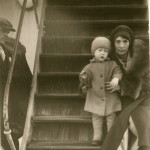 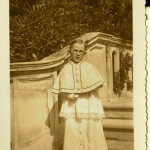 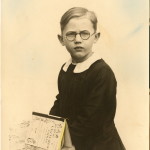 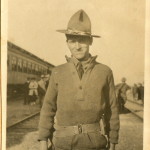 Raymond Shoemaker on the way to Mexico, 1914. 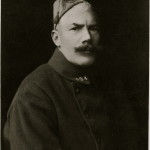 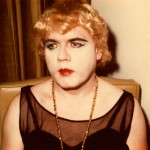 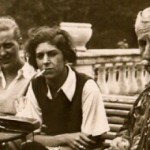 Members of the Bonnefont family on the Chateau du Lac’s verandah in southern France, mid 1930s.