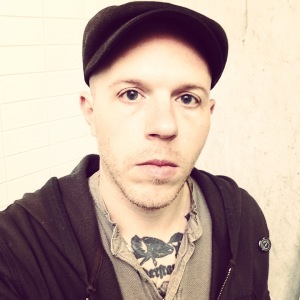 Ross Eliot is a writer and commercial fisherman based in Portland, Oregon and Sitka, Alaska. He is best known as publisher and editor of the critically acclaimed counterculture gun politics magazine American Gun Culture Report from 2006-2011.

He has been featured on National Public Radio as well as in periodicals including the Oregonian, Portland Mercury, The Sovereign, Street Roots and Skanner newspapers.

Ross Eliot served as keynote speaker at the 2010 Liberal Gun Club Annual Convention in Chicago and has also testified before the Portland City Council on Second Amendment issues.

A longtime Northwest political activist, he has worked with diverse organizations from the Portland May Day Committee to Portland Pink Pistols and Portland War Resistance League. In Spring of 2010 he organized “Might: Not Just for the Right,” a convention uniting all major 2nd Amendment advocacy groups in Oregon, from right wing usual suspects to those more leftist, anarchist and LGBTQ oriented.

From 2011-2013, Ross Eliot, as DJ Stiefel, hosted a radio show featuring subculture music and local bands called “Sentimentale Jugend” on the Portland Radio Authority. Many of these were recorded and can be heard here.

January of 2014 saw the release of Babette: The Many Lives, Two Deaths and Double Kidnapping of Dr. Ellsworth, Ross Eliot’s first book. It was published by Heliocentric Press and received favorable reviews, besides winning 1st place for Trans Non-Fiction from the 2014 international literary Rainbow Awards.

An excerpt from Babette appeared in the Winter 2015 issue of the NW literary magazine Poplorish.

The Book Adventures of Emily interview from January of 2015.

Here is the link to a January, 2015 Prism Book Alliance author interview.

In December of 2014, Ross Eliot appeared on the KBOO queer politics show OUT LOUD.

For an extended home interview, check out the June 2014 audioblog TALKING TO GHOSTS.